Simulation challenges for conducted emission assessment in the aerospace sector 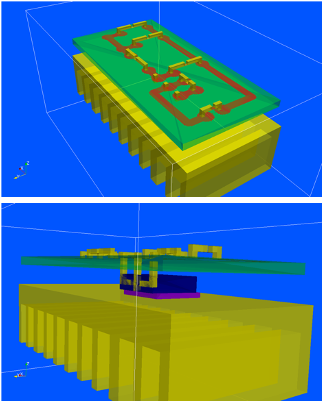 The drive for more environmentally friendly aircraft which are more fuel efficient and quieter has led to the “more electric aircraft” concept.

Electrical systems are being used to replace traditional hydraulic and pneumatic systems. The aircraft frames are being constructed from new lighter composite materials and wiring harnesses are being reduced through the application of wireless technologies.

This has all led to increased reliance on electrical and electronic systems, which must therefore, operate efficiently and reliably within the aircraft environment. It is even more critical to ensure EMC compliance for these new technologies and the simulation challenges associated with this will be discussed in this talk.

He is a member of CIGRE and convenor for Joint Working Group C4.31 “EMC between communication circuits and power systems”; Chair of COST Action IC 1407 “Advanced Characterisation and Classification of Radiated Emissions in Densely Integrated Technologies (ACCREDIT)”;  a member of several conference committees inc. the EMC Europe International Steering Committee, and Vice chair of the IEEE Standards committee P2718 Guide for Near Field Characterization of Unintentional Stochastic Radiators

The increased electrification of vehicles in the car industry has made EMC (electromagnetic compatibility) problems more and more difficult to tackle. This is especially due to the high power levels and fast switching frequencies used in modern inverters and DCDC converters. With the ambition to identify and beforehand solve the problems related to electric propulsion in electrified vehicles, Volvo Cars have in recent years put efforts to strategically strengthen the competence within the EMC simulation area. The main focus is to predict the performance early in the car design, to avoid finding EMC problems later during physical verification. This is indeed a challenging task, especially as we need to understand how all the different electrical components in a modern car are interacting with each other on a complete vehicle level.

In order to solve these challenging technical and numerical issues, Volvo Cars have recently initiated a pilot project with the aim to develop a simulation platform on a complete vehicle level, –including not only the mechanical and thermal aspects of electrified cars, but also the electrical performance of individual electrical components. The simulation platform is available to all development engineers, and the various component owners can contribute to the platform with data and parameters for their respective components. All the components exist in a predefined library which is part of the platform, containing different fidelity levels (0D/1D and 3D). The platform is designed to be modular and flexible, allowing the individual user to combine models of already populated electrical components in any way preferred. With this “super model” the user can enable a study of any parts of the car in various detail levels.

The presentation will highlight some of the main EMC related issues identified in electrified vehicle development at Volvo Cars and share results from the on-going simulation platform development.

Mathematical modelling and numerical simulation are powerful tools for cost effective analysis and de-risking of designs before committing to practical implementation. Other methods that can be used include experiments on simplified or representative systems. However, models and simulation results are widely regarded with considerable scepticism, and routinely met with demands for "validation" against "real measurements". How best to do this is not always clear, with the result that the IEEE has published a recommended practice to assist with this.

Nonetheless, measurements are often equally questionable as a reliable source of reference data, particularly in relation to EMC, and simulation has an important role in helping to confirm the credibility of measurements. This presentation will consider the features and limitations of measurements and models, identifying some of the practical difficulties and misconceptions that plague the validation of models, and of measurements.

Register for your
FREE Visitor Ticket